This is the first book in the Mutt Mysteries series and is comprised of four novellas that have gone to the dogs. In this howling good read, canine companions help their owners solve crimes and right wrongs. These sleuths may be furry and low to the ground, but their keen senses are on high alert when it comes to sniffing out clues and digging up the truth. Make no bones about it, these pup heroes will steal your heart as they conquer ruff villains.

In Jayne's story, "It's a Dog Gone Shame!", Meg Gordon and her tawny terrier Cannoli are hot on the trail of a thief, a heartless one who steals rocks commemorating neighborhood dogs who have crossed the Rainbow Bridge. But sniffing out clues leads them to something even more merciless. . . a dead body! There’s danger afoot as the two become entangled in the criminality infesting their small bayside community. It's a doggone shame, and Meg is determined to get to the bottom of things. 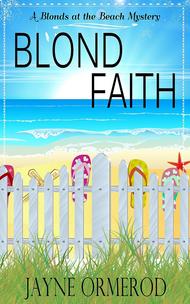 A Blonds at the Beach Mystery

With 31,536,000 seconds in a year, what are the odds that the one minute Ellery Tinsdale and Samantha “Sam” Greene choose to break into the confidential files at the Braddocks Beach Church of Divine Spiritual Enlightenment would be the same minute Reverend John Thomas Hammersmith is brutally murdered while eating lunch at his desk?  But that’s the kind of bad luck Ellery experiences since moving to the small lakeside resort founded by her distant relatives.  Her and Sam’s close proximity to the tragic event makes them not only witnesses but suspects, too.  And when not one, but two, more residents are found dead, Ellery and Sam are the unlucky ones to discover those bodies as well.  Police Chief Lewis thinks it is more than a coincidence, and it’s up to Ellery and Sam to clear their names by finding the killer—or killers—roaming the streets of this small Ohio town.​

​​​​Virginia is for Mysteries, Volume II

Virginia may be for lovers, but to nineteen authors, Virginia is for More Mysteries. The anthology of nineteen short stories, set in and around the Commonwealth, features Virginia landmarks and locations such as Virginia Wine Country, Poe Museum, Lurray Caverns, Colonial Williamsburg, Great Dismal Swamp, Nimrod Hall, Barter Theater, and Mill Mountain, to name a few. The stories transport readers across the diverse backdrop of the Old Dominion to a unique and deadly landscape, filled with killers, crooks, and criminals. (Sisters in Crime).

"It's Wine o'Clock Somewhere" is Jayne's contribution.  Set in Yorktown, VA, the story is summarized as follows:  Real estate agents see a lot of things in the houses they tour, but a bomb shelter with a dead body is a first for Terri Sullivan. The only way to clear her name and get her clients back after becoming a suspect is to find the real killer herself. 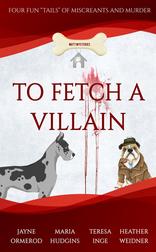 Old dogs and new tricks abound in this third installment in the Mutt Mysteries series. This collection of four novellas illustrates why dogs are our best friends and the perfect companions for digging up clues, solving crimes, and bringing villains to justice. Let sleeping dogs lie? Not when the mutts are on the case!

In Jayne's story, "Ruff Day," Darby Agnes Moore owns and operates Ruff Day Doggie Boutique and Dog Wash, a small establishment in the coastal town of Bay Vista, North Carolina. Her top employee is shelter rescue Mr. Belvedere, a one hundred and forty-five-pound Great Dane. Darby takes a huge financial risk when she invests heavily in a local marketing gimmick. Months of planning went into the event. What could possibly go wrong?

It’s a Ruff Day when Darby and best friend Tianna Platt arrive at the venue and discover a dead body. If that’s not trouble enough, Tianna tops the official suspects’ list. When Darby and Mr. Belvedere team up to collar the killer, the fur really starts to fly!​​ 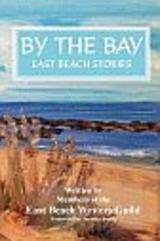 BY THE BAY: East Beach Stories​

​A collection of twelve fictional tales about life along the Chesapeake Bay, they range from murderous to romantic, from humorous to dramatic, from gritty noir to political thriller to the sweet and the spiritual. The thread that ties them together is their connection to a 100-acre peninsula in Norfolk, Virginia. East Beach is nestled on the shores of the southernmost point of the Chesapeake Bay, just as it becomes the Atlantic Ocean. Written by members of the East Beach Writers Guild, these tales exhibit the writers’ love of their neighborhood and their talent for story-telling. All proceeds from the sales of these books will be disbursed to reading-related non-profits in the Norfolk, Virginia area.

​Jayne has two stories in the anthology:

“Secrets”--There are no secrets that time doesn’t reveal… That’s a line from a movie that earned Stella Gardner her first Oscar.  Stella’s own secrets harken back to her youth growing up on the eastern peninsula Norfolk, now known as East Beach.
“The Sniper Sisters”--East Beach residents Dorothy Westmoreland and her sister Evelyn Binghamton have retired from lives of organizing bake sales and attending civic league meetings. But that doesn’t mean they're sitting in their rocking chairs.  No, not these two. They become active in their community…in a way nobody expects. 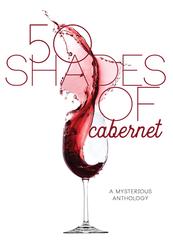 TO FETCH A SCOUNDREL,​ Four Fun "Tails" of Scandal and Murder 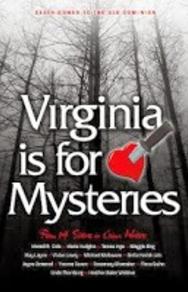 TO FETCH A THIEF,​ Four Fun "Tails" of Theft and Murder

The second in the Mutt Mysteries collection features four tail-wagging novellas. Each story puts pups’ noses to the ground, as scandals are unleashed and killers are collared. Once you’ve finished reading these “tall-tails” you’ll no longer wonder “Who let the dogs out?” You’ll just be glad somebody did!

In Jayne's story, "Paws-tively Scandalous," Pilar Pruitt and her black Lab Natti live in a community that has not had so much of a whisper of a crime in over 60 years. So, it’s disconcerting when a neighbor is hauled off in handcuffs by the police for crimes unknown. But it’s downright alarming when another dear friend is found dead. Pilar and Natti start digging deeper into residents’ pasts, and the things they find are pawsitively scandalous!

50 SHADES OF CABERNET: A Mysterious Anthology

​In vino mysterium is the theme for this anthology of short stories, each blending a baffling mystery and a glass (or more) of cabernet. When eighteen mystery writers combine their talents, the result is the perfect "flight" of stories that range from light-bodied puzzles to sparkling cozies to darker, heavier tales of deceit and murder. While cabernet is the featured wine, this anthology will appeal to connoisseurs of all varietals--in both wine preference and mystery style.

This includes Jayne's short mystery, "Life is a Cabernet".  Here's the tease: Randa Miller had been lured to the Mahjongg Maniacs convention by the promise of wine. Thankfully, there is plenty of it, as she’s found it’s the only thing that can calm her nerves after discovering a dead body.

This book is available in hardcover, trade paperback and electronic version from Amazon and Barnes and Noble. 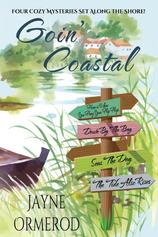 CLICK HERE to buy your ebook or print copy

All is not quiet on the coastal front as dead bodies emerge, marring these idyllic seaside escapes. Killers must be caught! Enter four intrepid sleuths who hit the sandy shores in search of clues, leaving not a single grain of sand unturned in pursuit of truth, justice, and the occasional adult beverage. GOIN' COASTAL is a collection of two novellas and two short stories that have two things in common; a coastal setting, and a gruesome murder.The following stories are included:
“Home is where you Hang your Flip Flops” searches for the answer to a decades-old murder. (This story is also available for individual ebook purchase.)
"Down by the Bay" connects a woman with a home she lived in as a child, a house that holds many secrets. (This story is also available for individual ebook purchase)
"Seas the Day" finds two women involved in a crazy plot to frame an ex-husband for murder, but the script flips and they end up framing themselves.
"The Tide Also Rises" shows how a quiet summer by the water can turn deadly when you delve into a past someone would rather stay buried.

The Blond Leading the Blond 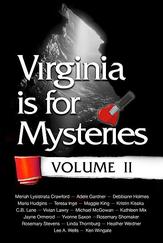 TO FETCH A VILLAIN,​ Four Fun "Tails" of Miscreants and Murder

By the By 2: More East Beach Stories

​     The East Beach writers are at it again, this time offering 14 new fictional tales about life along the Chesapeake Bay. The neighborhood of East Beach in Norfolk, Virginia is the setting for these vignettes of family, friendship, mystery, history, adventure, love, and light-hearted fun. Join the characters as they walk the tree-lined streets, stroll the sandy shores, or relax on a rocking chair on one of the deep front porches that define this community.

This anthology includes Jayne's shorty mystery, "Write by the Bay".  About the story: Carrie Hanover solves mysteries--in the literary sense.  She's a writer. But when valuable jewels go missing from her landlady's home, Carrie finds herself embroiled in a real mystery...one fraught with real danger.

This book is available in trade paperback and kindle version from Amazon.

Virginia is for Mysteries

​     Yes, Virginia may be for lovers, but it is also for mysteries, too.  At least according to 14 writers from the Old Dominion.  Virginia Is for Mysteries is a collection of seventeen short stories set in and around the state of Virginia. All stories are written by Virginia residents with “murder” in mind. Each story features a Virginia landmark--from the shores of Cape Henry Lighthouse to Richmond’s Old Hollywood Cemetery to Jefferson’s Monticello--and transports readers across Virginia’s rich, unique, and very deadly landscape.

The anthology includes Jayne’s short humorous mystery, “Best Friends Help You Move the Body.” Here’s the pitch:  “Playing hooky from work lands two best friends in trouble when their day of sightseeing has them discovering only one thing…a dead body.”