"I write coastal cozies with a splash of humor" 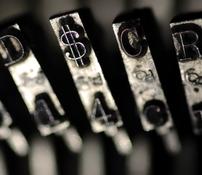 Jayne Ormerod writes what she knows—small towns (influenced by her childhood growing up in Chagrin Falls, Ohio) and beach settings (a result of 30 years as a navy spouse, always living within a flip-flop’s throw of the ocean.)  Thanks to a youth spent reading Nancy Drew and an adulthood devouring the words of Janet Evanovich, Mary Daheim and Lillian Jackson Braun, she can now write about amateur sleuths, exploding cars and dead bodies with a modicum of authority.

Raised in a 150-year old farmhouse, Jayne honed her story-telling skills at a tender age, convincing herself and others her home was haunted.  She wove epic sagas of buried treasure guarded by spirits of slain pirates and the soul of a crazed aunt locked in the attic pacing the floorboards for all eternity.  It wasn’t until Jayne grew up that she learned of the dwelling’s illustrious past as a house of ill repute. Oh, how much more, ah, colorful her ghost stories could have been.

Many moves (19 and counting...) in conjunction with her husband’s service in the U.S. Navy did not accommodate Jayne’s blossoming career as a CIA (not the sexy “secret agent” kind, but a Certified Internal Auditor), so she needed something more transportable.  Thus, Jayne began her new writing career penning romance novels.  But she soon learned attempting to keep two desperately in love people at odds with each other for 300 pages was harder
than it looked, and the experience caused her to overdose on chocolate.  But to her credit, three adverb-heavy romance novels lay tucked in a dark closet, hauled through all those moves in the anticipation of a blizzard-y day when she will need to build a fire to keep from freezing to death.

Through the years, Jayne kept tapping away at the keyboard.  When her romantic heroine

stumbled across a dead body, Jayne discovered the secret to creating instant conflict.  When her

amateur sleuth skidded behind two large dogs in pursuit of a tabby, Jayne realized her portfolio of

crazy life experiences could be drawn on to create characters with whom readers can relate.  When

her merciless killer pulled a Glock, Jayne learned facing a fictional gun can be just as terrifying as

staring up the nozzles of a real one. Armed with the building blocks of conflict, character and

is told in The Blond Leading the Blond, available in trade paperback or e-book version from Amazon.

The duo rides again in the wildly successful sequel, Blond Faith. Jayne is hard at work editing the Third book in the series, Blond Justice, and has hopes of continuing with an entire Blonds at the Beach series. She's also developed a passion for writing short mysteries and the occaisional novella. A complete list of her publication credits can be found on the JAYNE'S BOOKS tab of this website.

Jayne Ormerod is not the author’s real name, but there a real person behind the nom de plume.  Many (okay, all) people who know her ask “Why do you write under another name.”  Here is her story:

Picture this: A family dinner with my active-duty-military husband and twelve-year-old son, sitting on the

and Italian bread smothered with melted cheese, green onions and poppy seeds. After a glass (or three)

of a spunky Piniot Grigio, I worked up enough courage to confess my lifelong secret.

Them: “That’s great.”Me: “Actually, I’ve been writing for a few years now.”

Them: Gentle murmurings of encouragement.

Me: “My first short story will be published next month.”

They offer a celebratory toast.

Husband: “What’s the story about?”

Me: “For gawd’s sake, people. Romance is about two people falling in love, not what happens between the sheets.”

Freaked-out son: “Will we be moving anytime soon? Maybe Andrew’s family can adopt me…”

I sipped my wine while they worked out how to disassociate themselves from me. It soon became apparent the best solution for all concerned would be for me to choose a nom de plume.

Some interesting tidbits about Jayne: